Hopeful Cape to Rio 2020 yacht race winner, LoveWater, sponsored by JSE listed HomeChoice International Ltd and skippered by Craig Sutherland arrived in the V&A Waterfront this evening after a long delivery of around 7500 nautical miles from Portimao, Portugal via Brazil which started on 23 November 2019.

This 80ft long, 64 ft wide, French owned, racing trimaran has been specifically chartered with the intent to win the Cape to Rio yacht race for South Africa and to attempt to smash the current South Atlantic crossing record of around 10,5 days set in 2014 by a few days, if weather conditions permit, from the start in Table Bay on 11 January 2021.

The trimaran is one of the top 10 fastest ocean crossing yachts in the world currently and the race crew consists of six South African’s, a Frenchman, Antoine Rabaste and a Brit, Brian Thompson. The South African crew consisting of Ken Venn, Phil Lambrecht, Mike Clarke, Mike Minkley, Rick Garratt (Founder of HomeChoice International Ltd) and Craig Sutherland are all from Cape Town.

In the 2014 edition of the race, the core South African crew with 11 Rio races already under their belts, aboard their 60 ft monohull Explora, ended up third boat into Rio on that attempt behind an Italian and Australia entry.

Pavitray Pillay, Environmental Behaviour Change Manager with WWF South Africa, said: “In collaboration with WWF, the crew of Love Water have committed to highlight the problem of plastic pollution in our oceans during the Cape2Rio race. In addition, Love Water’s main sponsor Home Choice has agreed to sign the SA Plastics Pact which is a significant step towards limiting plastics in our environment. We commend them for their environmental commitment.”

The yacht will be moored at Quay 6 in front of the Table Bay Hotel in the V&A Waterfront from this evening until the start of the race on 11 January 2020 and is expected to attract many interested viewers. 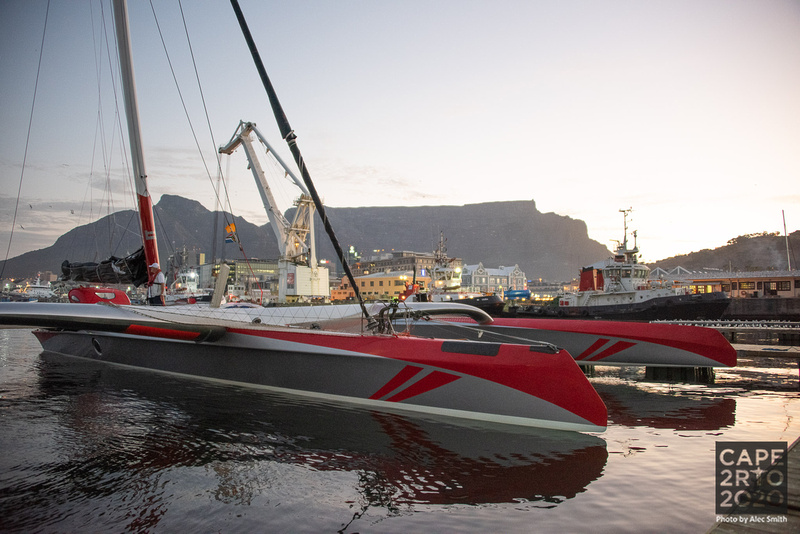