At the urging of Brazilian Georg Ehrensperger, the 2006 race set a new course to Salvador, the picturesque capital of Brazil’s Bahia state. The historic port meant an interesting new destination, and avoided the calms often met on the course after Ihla Trinidade. The race became known as the Cape to Bahia, with Heineken taking over as the sponsor. The distance to Salvador would be 3 380 nautical miles. For the first time, single-handed and double-handed entries were accepted. Included in the fleet were Federico and Crean. At six-and-a-half metres in length, they were the smallest boats in the history of the race.

The inevitable controversy of pitting monohulls against multihulls in previous races was addressed by assigning multihulls to the cruising class. Despite this change, Ehrensperger’s big Nigel Irons-designed catamaran, Adrenalina Pura, successfully evaded a high that slowed most of the fleet by heading due west and sailing over the top of it and lived up to its name with an incredible crossing time of 10 days, 8 hours and 2 minutes, and a fabulous welcome in the owner’s home port. Hi-Fidelity and Adrenalina Pura had been the likeliest title challengers but, less than a day out of Cape Town, Hi-Fidelity’s challenge ended when she struck a whale.

Just as exciting was the performance of Windsong, a Reichel Pugh 37-footer, skippered by Rob Meek, with former race winner Wolf Seitz gauging the weather. On occasions notching up daily runs of nearly 300 miles, Windsong set a time of 16 days, 2 hours and 46 minutes, to take both line honours and the handicap trophy for the racing class. Also noteworthy was the performance of Cape Town architect Gawie Fagan, then aged 80, who was leading on handicap for much of the race. on the 9-metre Suidoos 2, a modified Royal Cape One Design, until finally they were caught in calms, to take 3rd place on handicap.

Both Federico and Crean finished the race, Crean only 18 hours in front of Federico.

An especially notable entry was fulfilment of a longstanding dream for quadriplegic skipper Russell Vollmer when he managed to complete the Heineken Cape to Bahia race on his catamaran Omnimed Seague. Vollmer, who was at the time also the commodore of Royal Cape Yacht Club, gathered a crack crew of six and special modifications were done for the 3380-mile ocean crossing. This race saw Vollmer’s second attempt at a South Atlantic crossing as he sailed in the 2000 Cape to Rio race, but did not manage to finish before the official cut-off time. This time he took to the seas in a fast cruising catamaran that suited him ideally as the Chris White designed Atlantic 55 provides ample space to accommodate his wheelchair. The configuration of the yacht also gave him the opportunity to be more independent and the ability to contribute more to the physical aspects of sailing. 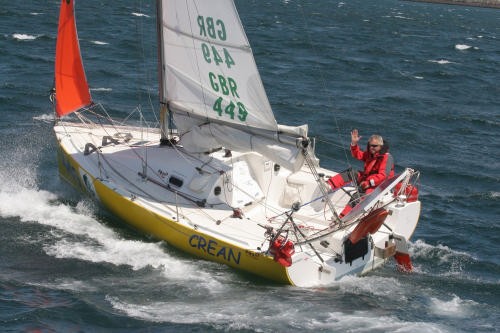 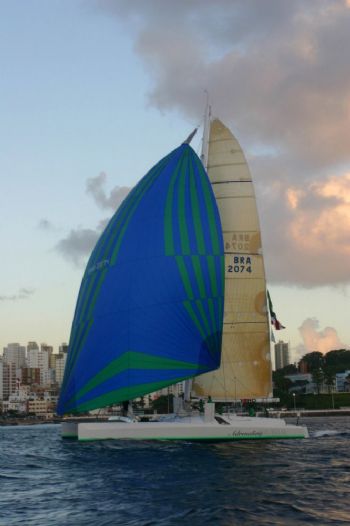 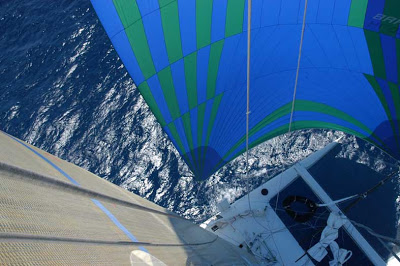 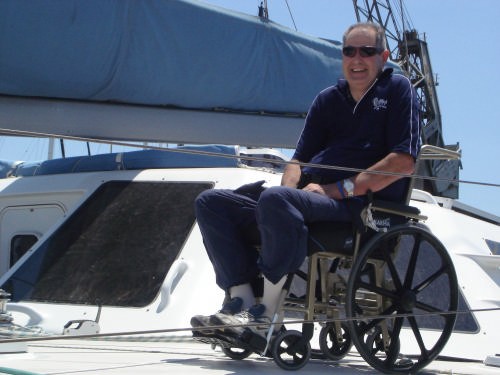 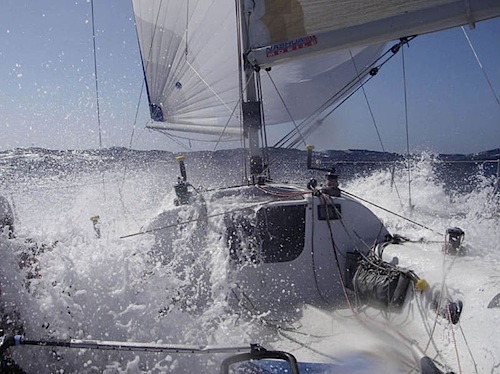 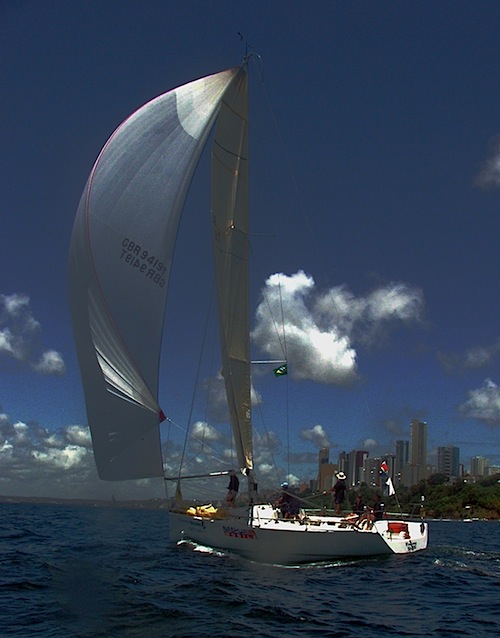