Although the next race should have been held in 1999, it was postponed to 2000, to allow it to coincide with the 500th anniversary of Pedro Cabral’s discovery of Brazil. The 2000 Cape to Rio race, sponsored this year by MTN, was the first major ocean event of the new millennium, and entries climbed to 72 boats.

Once again, the race attracted some of the world’s top maxis. On the start line to compete for line honours were Robert McNeill’s new 22.9m Zephyrus IV (an American entry), Jim Dolan’s 23.78m Sagamore, another American entry, and former Capetonian Ludde Ingvall on the 24m flyer, Portugal-Brazil. But within hours of the start Ingvall’s yacht had broken her boom and was forced to return to harbour to make a repair. When she set out less than 24 hours later, the gap was too big to close.

Zephyrus IV, skippered by Robert McNeil, sailed a spanking race averaging 14 knots, superbly judging the weather systems, to set a virtually unbeatable new course record of 12 days, 16 hours and 49 minutes, taking not only the line honours trophy, but also winning on corrected time, a massive achievement. This was only the second time a yacht had taken both major trophies. The marginally longer Sagamore crossed the line 11 hours later.

The clash between the two American maxis effectively turned the event into a two-horse race and conditions allowing the boats to sail the rhumb line to Rio helped the boats progress far faster than Fancourt Morning Glory had four years earlier and inevitably this led to a new race record of almost 2 days off the previous race record.

However, only five days before the prize-giving and the deadline for official finishers, only 15 of the 81 yachts had finished. At least 20 of those still at sea have little or no chance of making the cut-off. Although this had been the fastest Rio race for the blue-chip racers, it was the slowest for most of the fleet.

The 2000 Cape to Rio 3 450-mile race was best summed up by Scandinavian skipper Ludde Ingvall who – describing how the maxis and mini-maxis revelled in idyllic winds to set a race record and take handicap honours while the rest of the fleet laboured in the doldrums – said “the rich got richer and the poor got poorer”.

Tales of survival on the high seas, colossal waves, crippled yachts and confusing winds are unfurled in Rio as exhausted, but relieved, South African sailors stepped ashore. For the first time, sailors arrived complaining of wet clothes and damp interiors – thanks to seas washing in to their living quarters. Navy yachtsman and former South African submarine captain Hanno Teuteberg, skipper of the Fast 42, BP Umoya Omusha, said: “The brochure describes the race as a benign, blue-water downwind classic where you hoist the spinnaker in Table Bay and take it down in the shadow of Sugar Loaf. This race was anything but that. We spent R45 000 on spinnakers and a carbon-fibre spinnaker pole but had downwind conditions for only five days.”

If there were an award for courage and tenacity, it would have to go to Ivar Kvale and his crew on the other Fast 42 in the race, Awesome, which beat BP Umoya Omusha by four minutes. After they encountered their first storm, they discovered 40 percent of the mast was cracked just below the stop spreader. They also blew their spinnaker and had their anchor compartment flooded fortunately found the leak and managed to patch it. Their water maker (desalinating machine) had to be stripped and eventually they connected it to the toilet to make water finally running out of water on the last day.

Early in the race, the 41-foot La Bamba, skippered by Andrew Tozer, issued a distress call to the communication vessel that the yacht was taking on water. The yacht African Satellite Second Wind was asked to divert from course to assist, but it was discovered that the water had been leaking through an open hatch. La Bamba officially retired from the race and continued to Port Nolloth.

The development crew on MTN The Better Connection, skippered by Anthony Steward, also reported that they had lost their spinnaker sheet and that the spinnaker wrapped itself around the mast. In the pandemonium that followed, the 41-foot Schumaker did a death roll (capsized sideways) and lost its number one genoa sail. Co-skipper Sieraj Jacobs, Eric Ntetane and Golden Mgediza, spent more than an hour up the mast to unwrap the spinnaker.

Russell Chen co-skippered iti Windforce with Tony Read, and became the first paraplegic to skipper a yacht in a major ocean race. 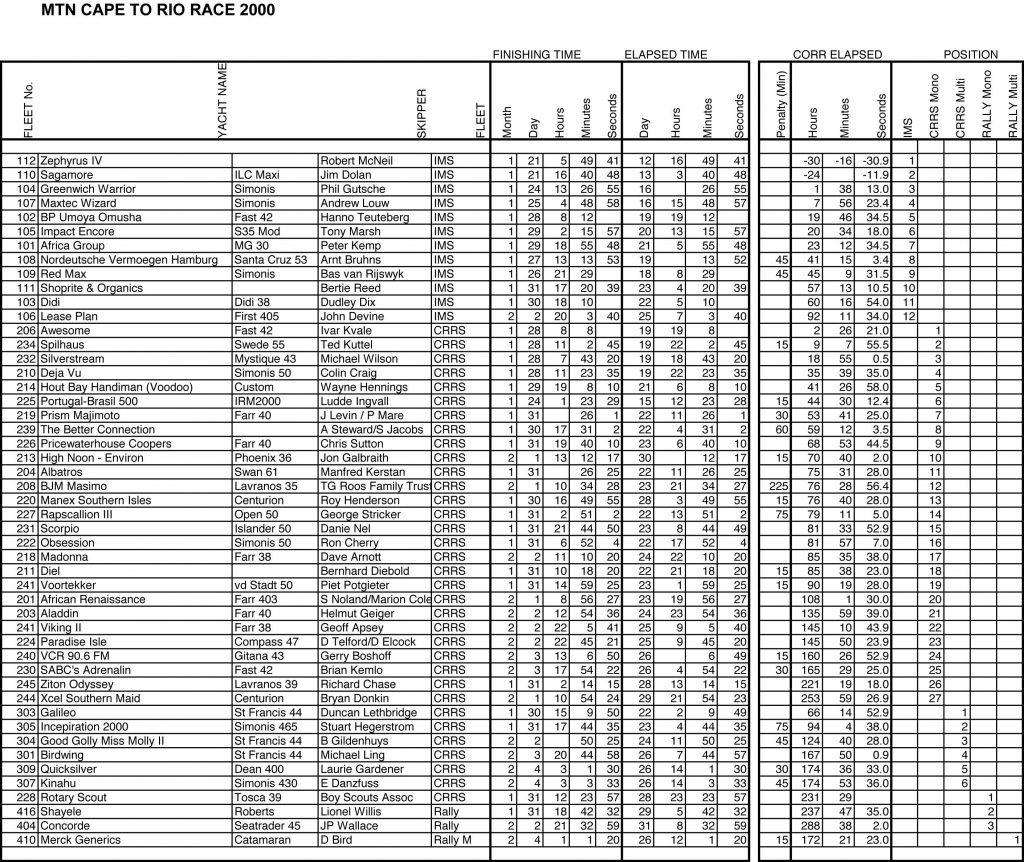 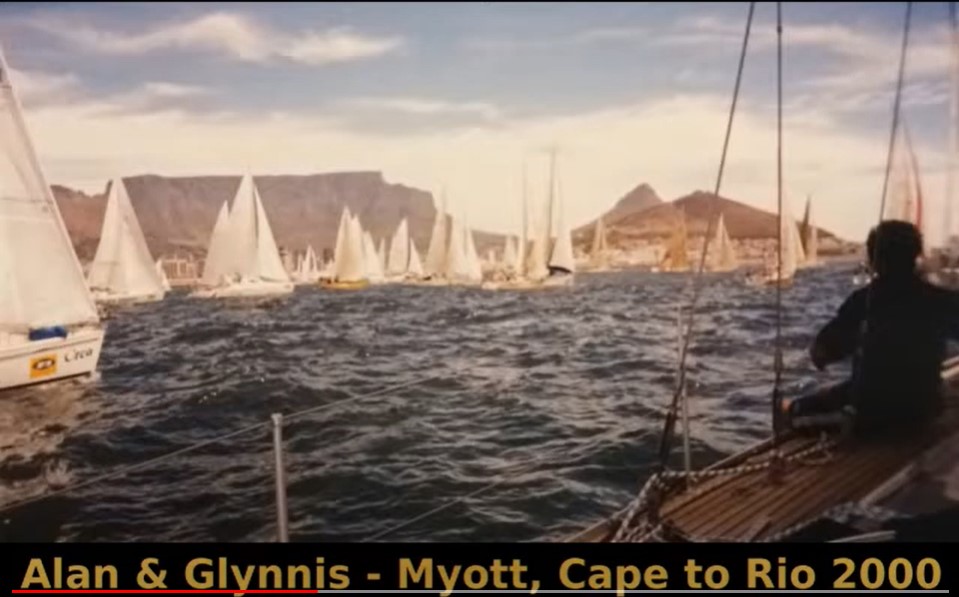 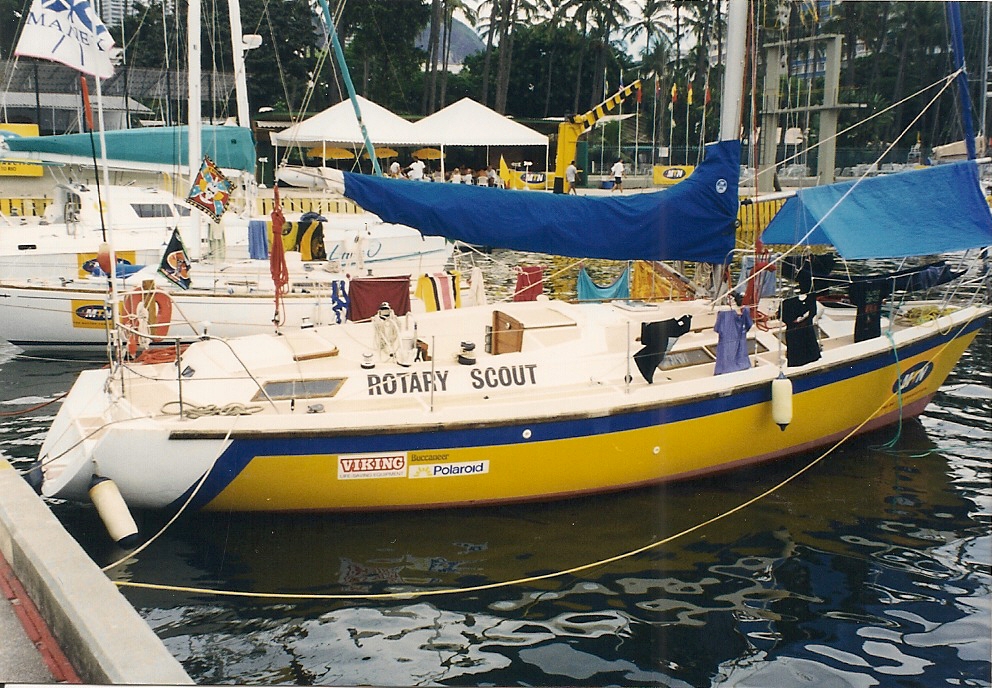 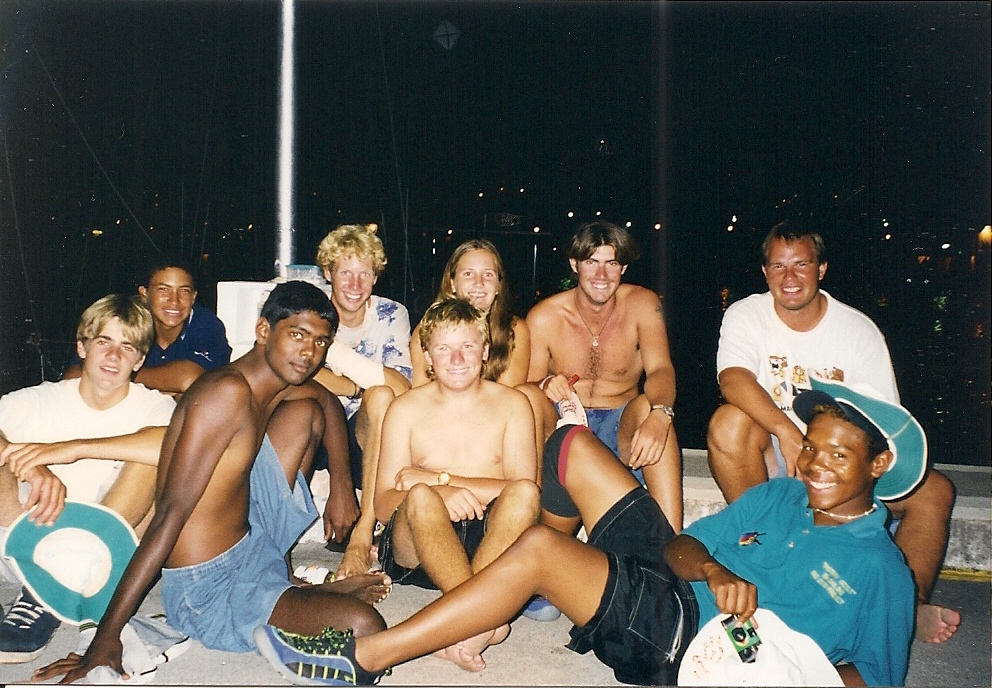 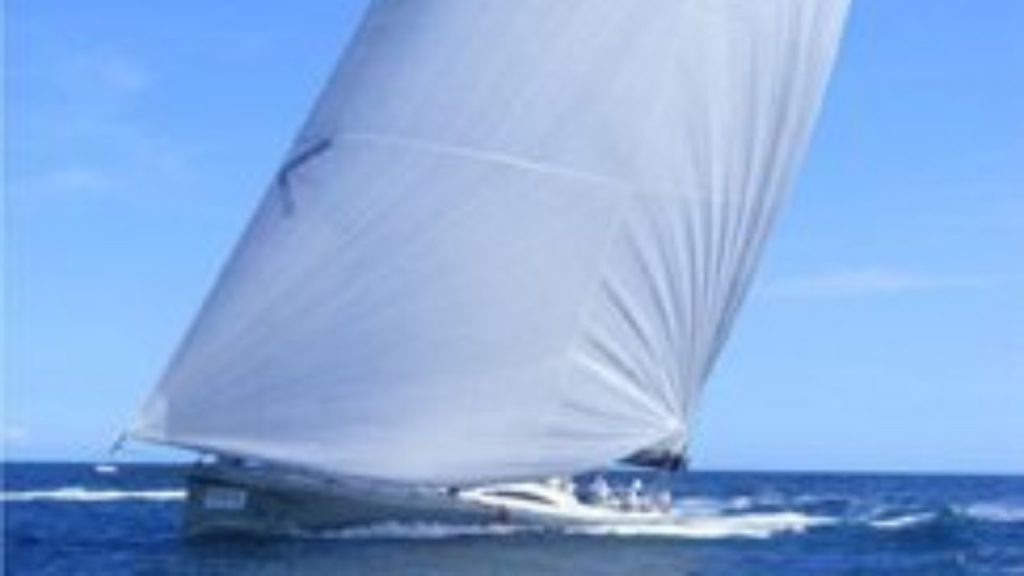