The 1982 race was once again held to Punta del Este, however entries increased from 36 to 48. The international sporting boycott of South Africa, protesting its apartheid policies of the time, saw to it that there were only two foreign entries in the fleet.

The race developed into a duel between two yachts both designed by Angelo Lavranos – the South African Navy entry Voortrekker II, skippered by Bertie Reed, and Rampant II, skippered by Alan Tucker however the light winds saw them being passed by smaller boats at times.

Rampant II, benefited from running into several rain squalls and took the lead after rounding Ilha de Trinidade and reached Punta del Este a day before Voortrekker II, but the Navy entry had the satisfaction of finishing two-and-a-half hours ahead of Rampant II on corrected time.

Suidoos took victory in a tightly-contested battle for handicap honours. 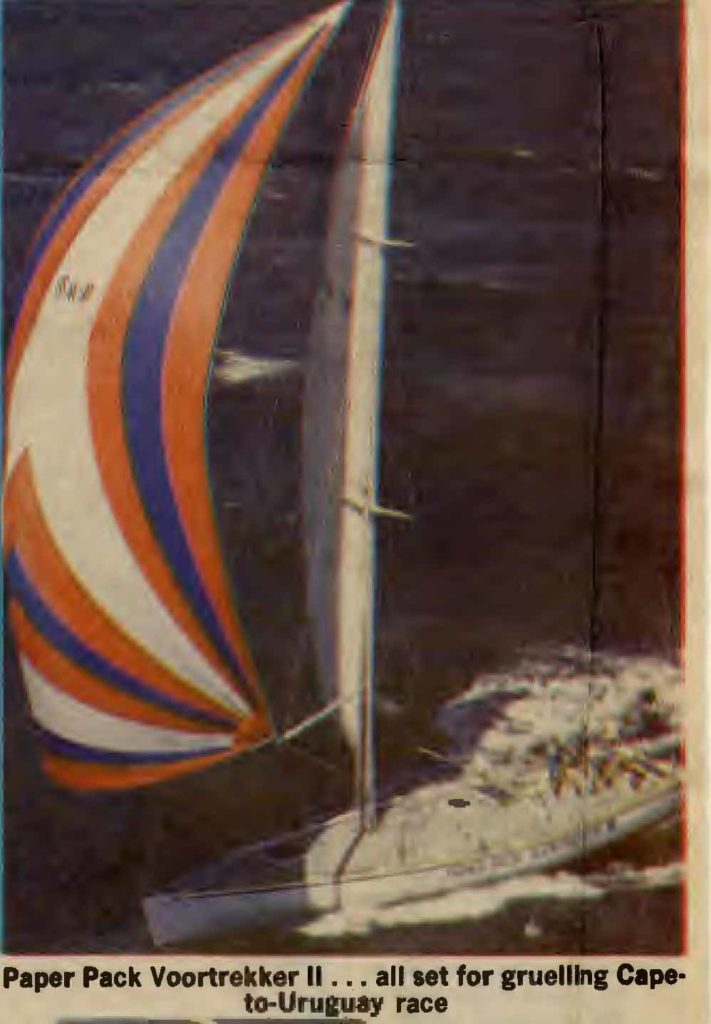