Although the sailors had enjoyed the hospitality of Punta del Este, the race was extremely taxing,

Unfavourably light winds turned the 1985 edition into a real test of fortitude for the competitors as the extremely slow-going meant many crews had to deal with depleted water and food supplies. Many of the entrants had to ask for their leave from work to be extended.

In the initial leg, the 35-boat fleet generally made good time but once reaching Ilha de Trinidade, the point at which they would turn down the South American coast, they struggled.

Despite making it to Ilha de Trinidade ahead of the pace Rampant II had set three years earlier; Apple Macintosh, Momentum Life and 3CR12 who were the yachts in contention for line honours, didn’t threaten the record for the route.

3CR12, skippered by Alan Tucker, fell out of contention by heading too far west early on, and then heading too far north after that and it was left to Apple Macintosh and Momentum Life to fight it out for an extremely close battle for line honours. “It was like a cross-ocean match race, except that we were never really close enough to sail in the same wind,” said Momentum Life’s Ludde Ingvall.

Apple Macintosh reached Punte del Este first, but only after a great challenge from Momentum Life. She made it into port a day and four hours ahead of her rival, but on corrected time her advantage was reduced to 16 hours.

Bertie Reed, the skipper of Interflora Retrans, echoed the thoughts of many when he said: “I really think the course should be re-examined, and we should try to get Rio back as the finishing point.”

Spirit of CIW III finished over a week later, but she edged out Apple Macintosh by just three hours to take the handicap win.

and so the finish returned to Rio de Janeiro for the first time since 1976. The political clouds that had hampered the race for nearly two decades cleared the year before South Africa’s first democratic election and entries surged from 35 to 90, including 13 foreign entries.

A surprisingly large fleet of 83 yachts were on the start line on January 9th, 1993, where two locally-built maxis, Parker Pen designed by Angelo Lavranos, and Broomstick, designed by Alex Simonis, led the fleet out into the bay followed by Morning Glory – a high-tech 15.3m race machine purpose-built for the event for skipper Doctor Hasso Plattner, the future owner of the Fancourt; and Broomstick, the South African Navy’s 70-foot entry.

Broomstick and Parker Pen started strongly, but Morning Glory ran into early problems with her spinnaker. Namsea Challenger, skippered by Padda Kuttell, who had taken line honours in the previous edition of the race, was also in the running.

The three front-runners chose different courses on day two, and Parker Pen benefited most by racking up 308 miles in a day.

Morning Glory, sailing with a professional crew including an experienced weather router, signaled for the first time the growing professionalism in ocean racing that has now become commonplace. The gusting South-Easter shredded the yacht’s spinnaker within minutes of it being hoisted, but Morning Glory nevertheless went on to do the crossing in 18 days and 7 hours and 41 minutes, to take the handicap trophy.

Namsea Challenger was second into port and took over the race lead on handicap. Two days later, however, Morning Glory made port and took the handicap lead by a mere four hours. 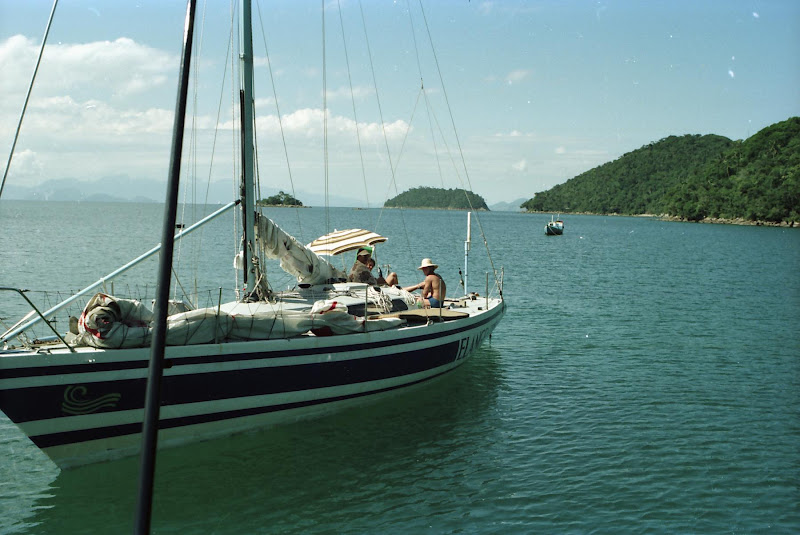 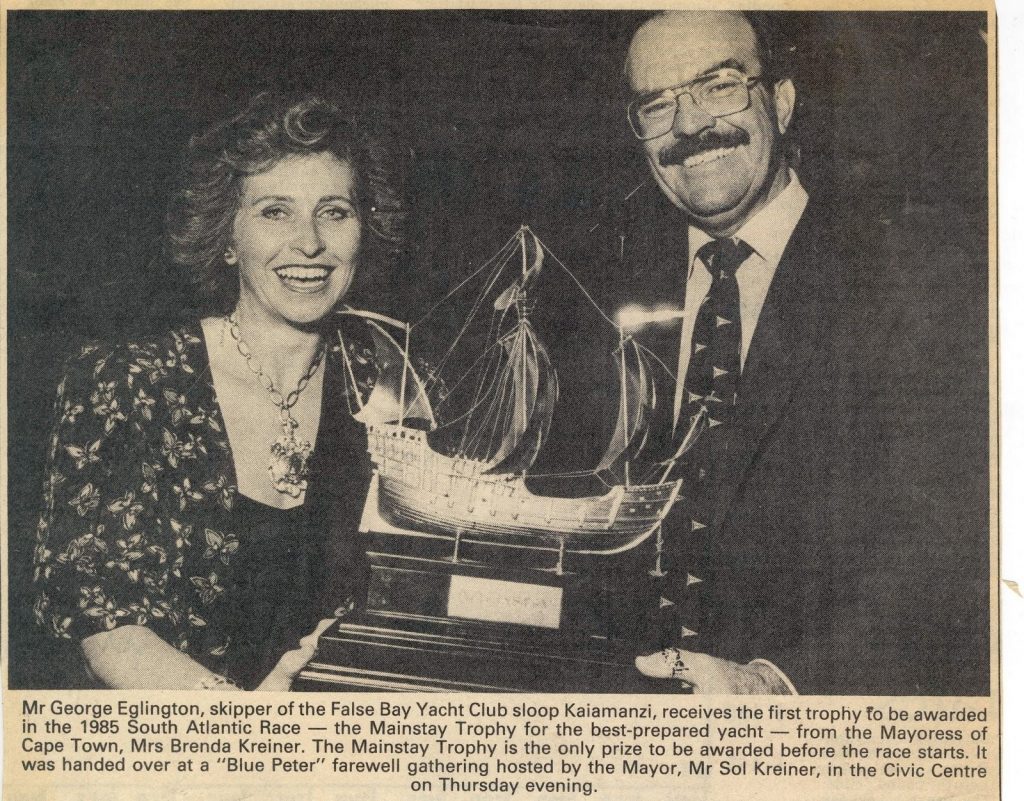