On a very windy Sunday 29 December 2019, Saravah arrived in Cape Town for their second Cape2Rio Yacht Race.  Saravah hails from the Iate Clube do Rio de Janeiro – who, in their centenary year, host the finish of this iconic race. 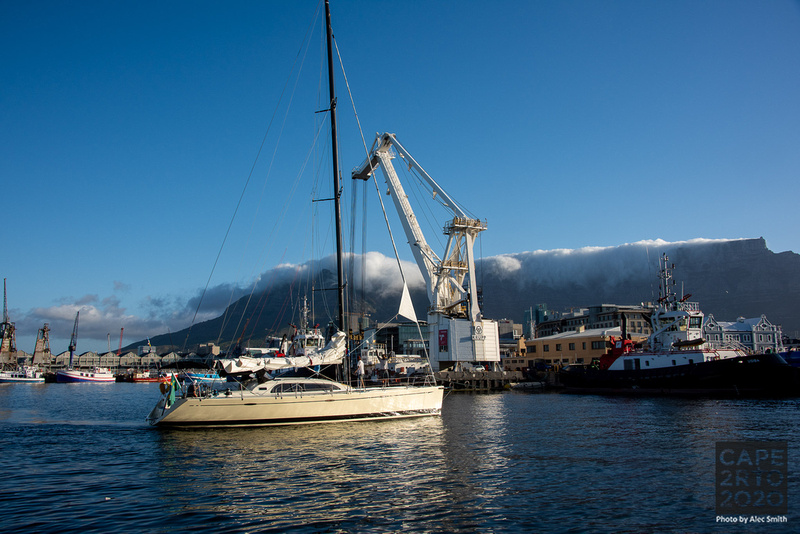 South African, Phil Wade, who will race to Rio on Saravah, was there to greet them… 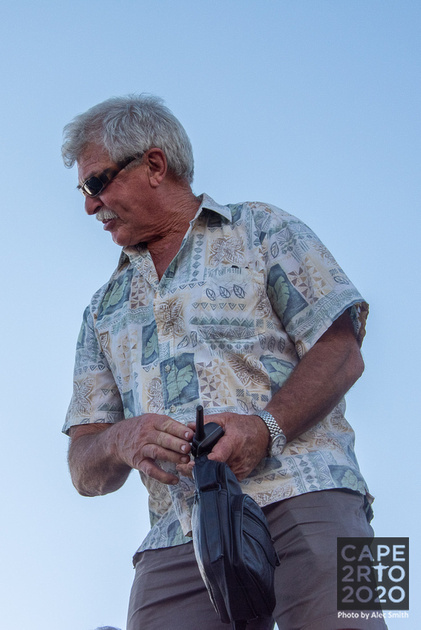 …as were some Brazilian tourists who joined in an arrival toast on board! 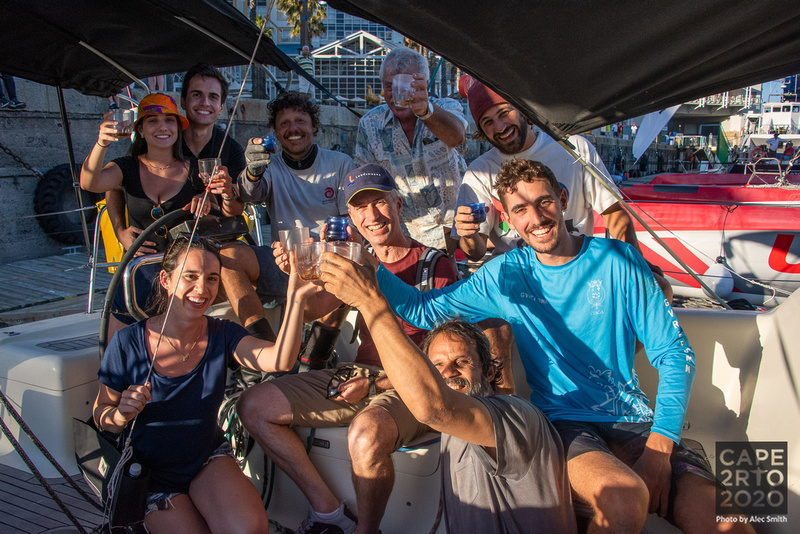 Saravah plans to move from Quay 6 to Royal Cape Yacht Club shortly where they will ready themselves for their start on the 11th January 2020.