The all-consuming battle between Love Water and Maserati looks set to deliver its grand finale in the next 24 hours. It’s not over yet… and there are likely to be a few twists and turns yet, with notorious wind holes and tides on the final approach to Rio. 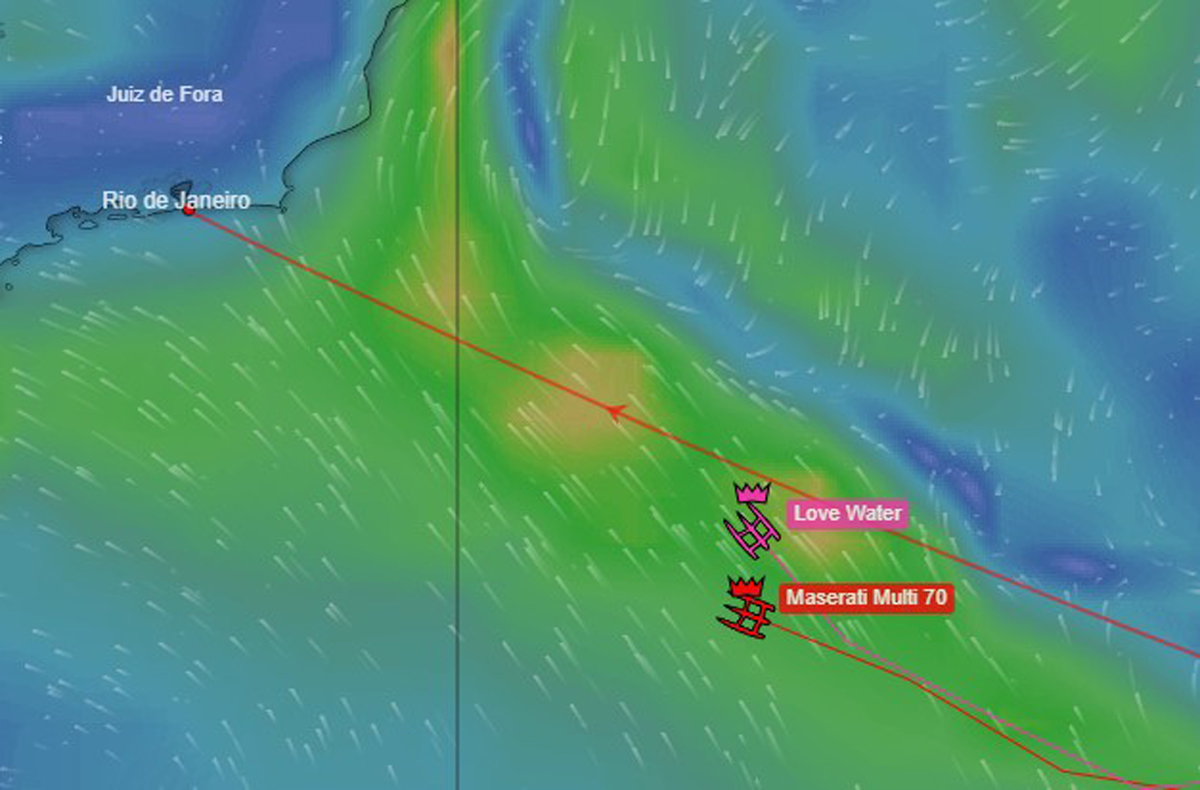 It’s hard to pick a line honours winner, and it’s going to be a real scrap to the end, with neither boat giving a inch in their unwavering efforts to claim the race line honours record, which is looking to get about 2 days leaner!

Forgive us for drawing so much focus to this duel, but to be fair, they will only be in the race for about a third of the time of the rest of the fleet, so there is plenty of time to enjoy all the stories in this incredible fleet.

News from across the fleet has been of sublime sailing conditions, big mileage, personal best speeds, and careful management of boat, crew and systems.

Ocean sailing takes a lot of careful preparation, ongoing preventative and corrective maintenance, plenty of forward planning of scenarios, and continuous troubleshooting. With the light winds earlier in the race, boats were communicating the need to start enforcing stricter rationing of provisions as a longer passage became likely. Management of fresh potable water is also a key priority, with JM Busha and Ronin reporting key water maker servicing and repairs. Mojie are experimenting with power management and power priorities, in response to their increased awareness of the isolation and independence of ocean sailing.

Zulugirl have an issue with power regeneration with apparent engine alternator failure, but they do have solar panels aboard and Saravah reported communications with them when they crossed tracks. It’s important to know that the excellent YB tracker system runs independently from the boats’ power systems and has its own built in alert system. Also, all boats in the fleet are provided with a full fleet position report, which serves many purposes, but not least a solid basis for first responders should the need arise.

Signing off for today, the #Sail4Good commitment of this fleet is so overwhelmingly positive, and I hope you are following and supporting these campaigns.