There’s been a huge move on the leader board as the fleet clock up their first 1000nm in the race and edge ever closer to the Meridian (0 degrees longitude) and the western hemisphere. The line honours leader, almost from the start has been ‘San Salvador’, but she is now paying heavily by going west too early and for too long and has relinquished both leaders crowns and dropped down the rankings dramatically. 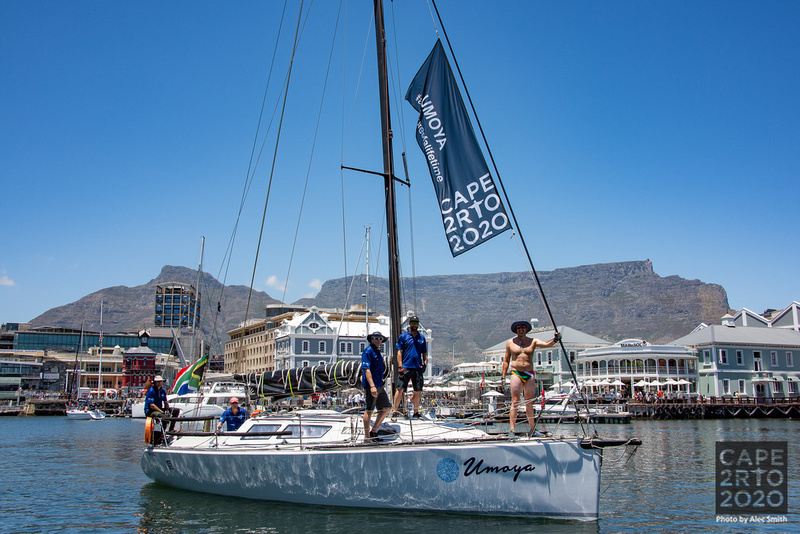 The biggest mover, and shaker, has been ‘Umoya’ which has sailed herself into becoming the overall monohull leader, and also second spot in terms of line honours. Her steady progress has totally eclipsed that of the ‘JM Busha 54′ crew who hogged the early headlines and who have continued to ply a more northerly course, while ‘Umoya’ has split the northing and westing pretty well evenly.

Of the monohulls ‘Umoya’ is the furthest west, and about 160nm abeam of ‘JM Busha 54′ to the NNE. ‘Mojie 1′ is between these two and has covered the greatest distance (161nm) of all the monohulls in the past 24 hours, as well as the greatest distance since the start of 1081nm, 11nm more than ‘JM Busha 54′ whose position is compromised on the leaderboard so far by not making enough westing.

Having said this, it’s not all cut and dried for ‘Umoya’ as ocean racing always has a surprise to spring when one is feeling confident and looking good. But for the next few days she should, assuming her crew continue to push her hard, hold the honours at the head of the fleet.

‘Sulanga’ the Mumby 48 cat continues to head the line honours standings in the multihull fleet, and is behind Myrtle of Bonnievale on multihull handicap.

For the next few days the winds are looking good as long as the fleet are able to skirt north of the high pressure system – as if the put in too much westing they may hit a pothole!

As I keep saying – anything is possible in ocean racing. 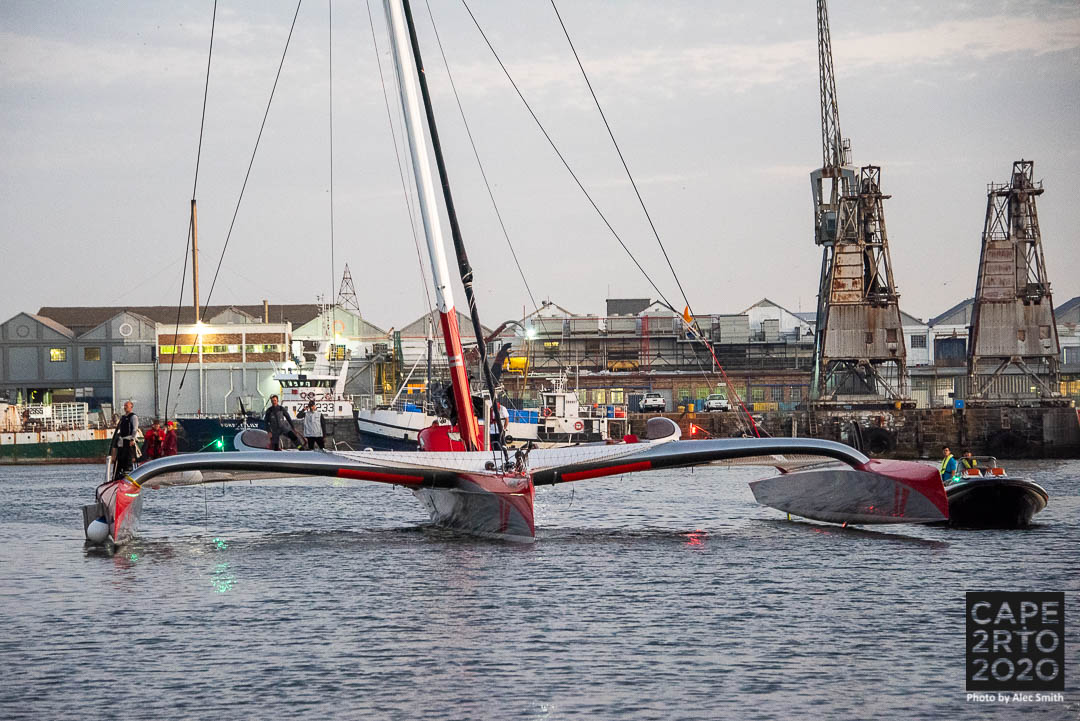 Back at the start in Cape Town today the big dogs are being unleashed, especially the two big multihulls ‘Maserati’ and ‘Love Water’, 70 and 80-foot respectively, both of whom once unleashed will be off towards Rio like the proverbial robbers dog!

While all eyes will be on these two, there is going to be a tight race between some really good monohulls and their crew. Don’t forget these smaller guys by focussing on the big dogs. top of the high.