The Cape2Rio2020 Race intrigue continues, as the boats do their utmost to balance the options. On one hand, capitalizing on their most careful interpretation of the best macro-weather information available to them, while on the other hand making the most of the wind strength and direction in their particular part of the ocean.

In these desperately light conditions, with deep-ocean swimming looking more attractive than trying to keep the boat moving, concentration is all-important. It’s fairly easy to keep a boat close to her VMG targets in moderate conditions, but it’s in the very strong and very light winds that the more skilled crews really make their gains. The lighter it gets, and the longer the light weather lasts, the more discipline it takes to keep coaxing a boat up to her marks. And the greater the relief when the wind eventually fills in. This was well expressed in JM Busha 54’s latest message “The wind is finally back and the team could not be happier.”

Sulanga, after being the western-most boat for much of the first few days of the race, seem to have made a big call early on Tuesday morning, heading determinedly north for the next couple of days before turning back to the west again yesterday afternoon. Could this have been a response to the evident success at that time of JM Busha 54’s big northerly punt?

In the meantime, the fascinating tussle between Mojie and JM Busha 54 continues. This has all the signs of being a duel to the line.

San Salvador, having sailed one of the most westerly courses in the Start 1 fleet, is still backing the more direct route to Rio. She will be watched with interest. 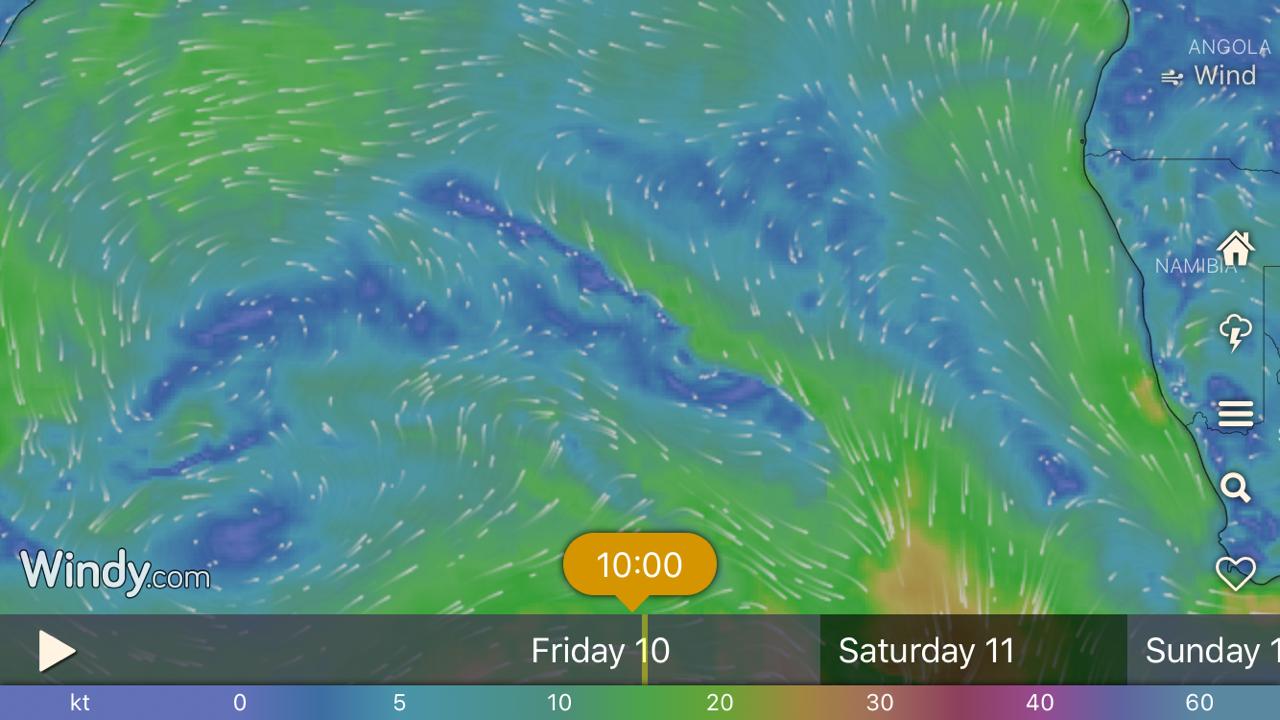 Veterans of the race point out that this has not been a traditional South Atlantic high – not as well formed as usual – accounting for the lighter-than-hoped-for breeze so far. In contrast, the weather briefing for the Start 2 fleet at Royal Cape Yacht Club last night painted a much more positive picture for the week ahead. There were smiles right round the room when a 15-plus knot southerly to south-easterly was predicted for the first few days after the start, and generally good pressure as the wind backs round the top of the high.