The classic Cape to Rio race strategy call – trading off extra distance against the risk of the South Atlantic high – is being played out in real time by two of the Start 1 fleet. Mojie and JM Busha 54, within a pebbles-throw of each other two days ago after both following the conventional northerly route out of Cape Town, parted company as Mojie edged to the west with the body of the fleet, and JM Busha 54 determinedly pushed to the north, even putting in a substantial leg well to the east of north. 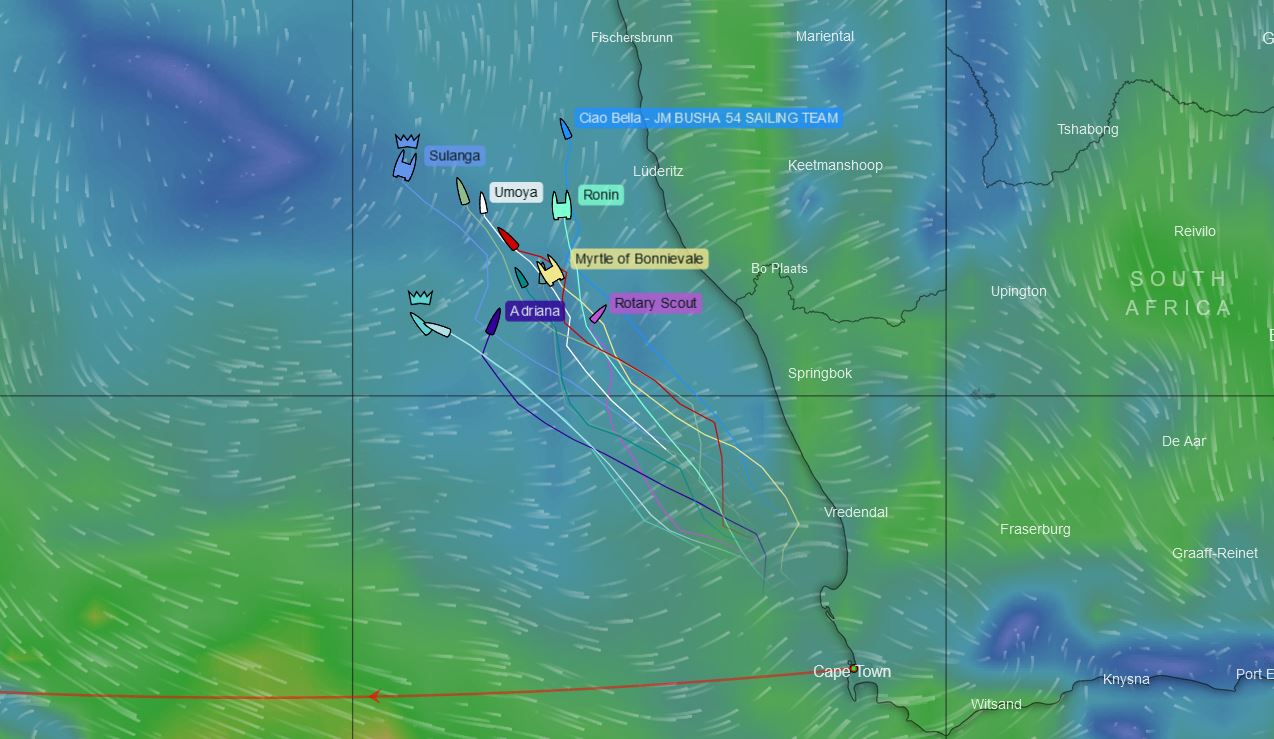 Highly risky, some said, but for those of us who know the Robinson family and their refreshing readiness to do things their own way, otherwise known as The Carltonville Way, this boldness came as no surprise. It’s too early to be sure, but with reports from JM Busha 54 of average speeds of 11kts and spells of surfing at 17kts, boldness might well turn out to be their friend. For more about the goings-on way up to the north of the fleet, Ryan Robinson’s report “Day 4 – The Plague” on jmbusha54sailing.com is a great read.

In the meanwhile, much further south, the high has changed from egg-shaped to sausage shaped in the past 40 hours, which might tempt some to think of trying to break through to the south. Watch that space.

Turning to Start 2, early predictions are for conditions very similar to those for Start 1 last week – a very light south westerly in the morning, swinging south and freshening to 12 to 15 knots just in time for the 1400 start. After that, it looks as though the second fleet will be favoured for a while, by more solid south easterlies than the first fleet had to deal with.

This evening, Royal Cape Yacht Club will wish the Start Two fleet well at the “Commodore’s Salute”, starting at 1800.