Never hit full send until you’ve checked and double-checked. Sometimes that means sleeping on it until the next day.
But once it’s checked, and options and alternatives narrowed down, its a great feeling hitting full send and watching it go. Delayed gratification never hurt anyone, did it?

Well, with the Start One fleet now fully conversant with the concept, day 3 held within it some reward for those that persevered with the north/coastal routing. And while those to the west are still looking good, especially on the leaderboard, they are playing a dangerous game with the windless high pressure system, which is currently quite weak and spread out. It’s a long race…and the fat lady hasn’t even awoken yet. 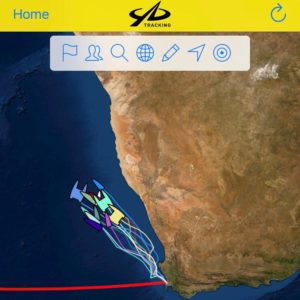 For this fleet, day 3 is about an eighth of the way to Rio in terms of timing, but if one forward-guessed finishing times, as the beautiful YB Race Tracker can do, then you’d have noticed yesterday that some boats were predicted to finish by mid-year (and some even later) at their current speed and bearing. And that’s what happens when the wind comes from nowhere slowly, going anywhere slowly. The Velocity Made Good (or VMG) for each boat is the speed at which it is progressing directly towards the finish line. The finish line in Rio is on a bearing of 281° True from the start line in Cape Town. Since many boats have sailed a course of around 320° True to date, to get around the high pressure system, you will appreciate that progress directly towards finish line has been slow – because they are sailing 40° off a direct course to the finish.

But now that the wind has filled in from the south, boats are making good progress in terms of boat speed. As the front runners pass north of the South African boarder at the Orange River mouth, the game is on!
JM Busha 54 are most north (and least west) at this point, and have catapulted passed their competitors in the last day – the early strategy of staying close to the shore seems to have paid off handsomely.
But wait…have you seen the weather predictions ahead? It looks like the wind ahead of the fleet shuts off again tomorrow. Oh well, push reset…that’s ocean racing!

(Are you playing the official Cape2Rio2020 Virtual Regatta Game? 40,000 virtual skippers are!) 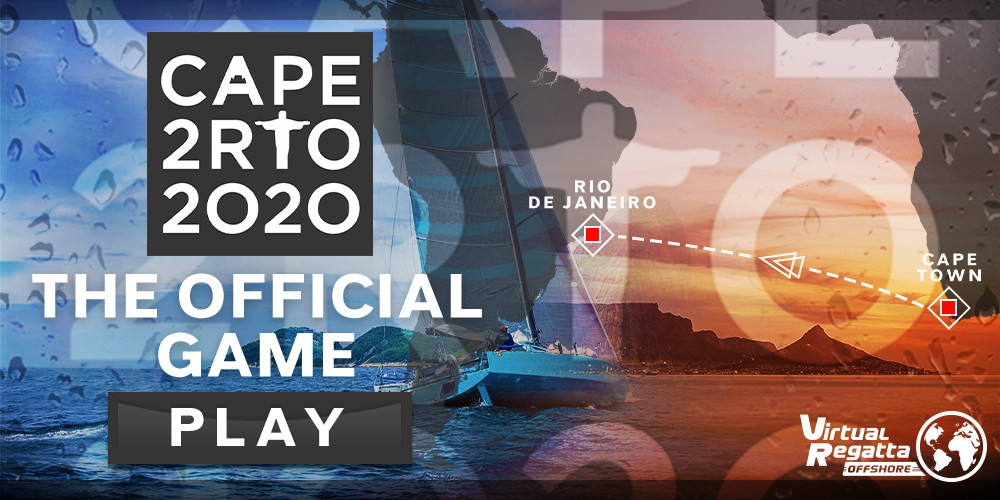