The fleet have prepared and responded to the upcoming challenges. 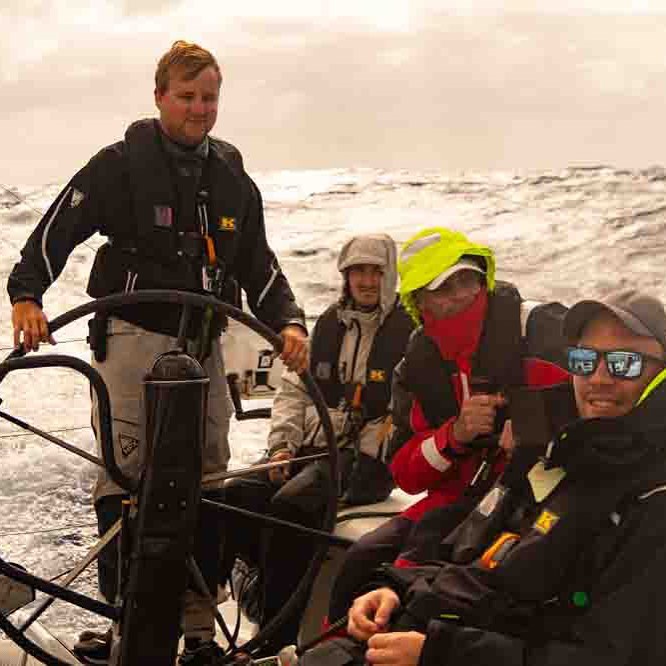 A sub tropical depression (which may yet be elevated to a sub tropical storm named Kurumí *) is predicted to affect areas on the path through which some in the fleet will sail from Thursday through to Saturday.

The way this fleet have responded to the developing weather advisories sent by the race organisers, from Monday to Wednesday, is a strong showing of responsible seamanship by the respective people in charge on board the 20 boats currently at sea in the race; embracing technology and open communication, and heeding early warnings.

The next 24 hours will be testing for the sailors who will pass through the sub tropical depression. There will be big and confused seas and some strong winds.

Experience, training and preparation, as well as good leadership and decision making will assist greatly in this time.
The responses from the sailors in the run-up have been solid and positive. Actions have included altering course to a more northern position, slowing down; considering options of refuge and anchorage at the islands in the vicinity, and of course – battening down the hatches in preparation.

We are watching your progress closely, and the Brazilian Navy and all sailors in the fleet are alerted to all positions.

To all of the many family, friends and supporters: your brave sailors have got this.

I know this will be an anxious time for many, and in mitigation the tracker frequency will be increased for the next 24 hours.

From the reported tracker positioning, JM Busha, Haspa Hamburg and Mussulo 40 have likely entered into the heavy weather already.

* South Atlantic tropical cyclones are unusual weather events that occur in the Southern Hemisphere. Strong wind shear, which disrupts the formation of cyclones, as well as a lack of weather disturbances favorable for development in the South Atlantic Ocean, make any strong tropical system extremely rare.