With 16 of the participating boats arrived and in port, their crews regrouping after what was by all accounts a tough edition of the Cape2Rio race, the next three South African boats were nearing their end destination. 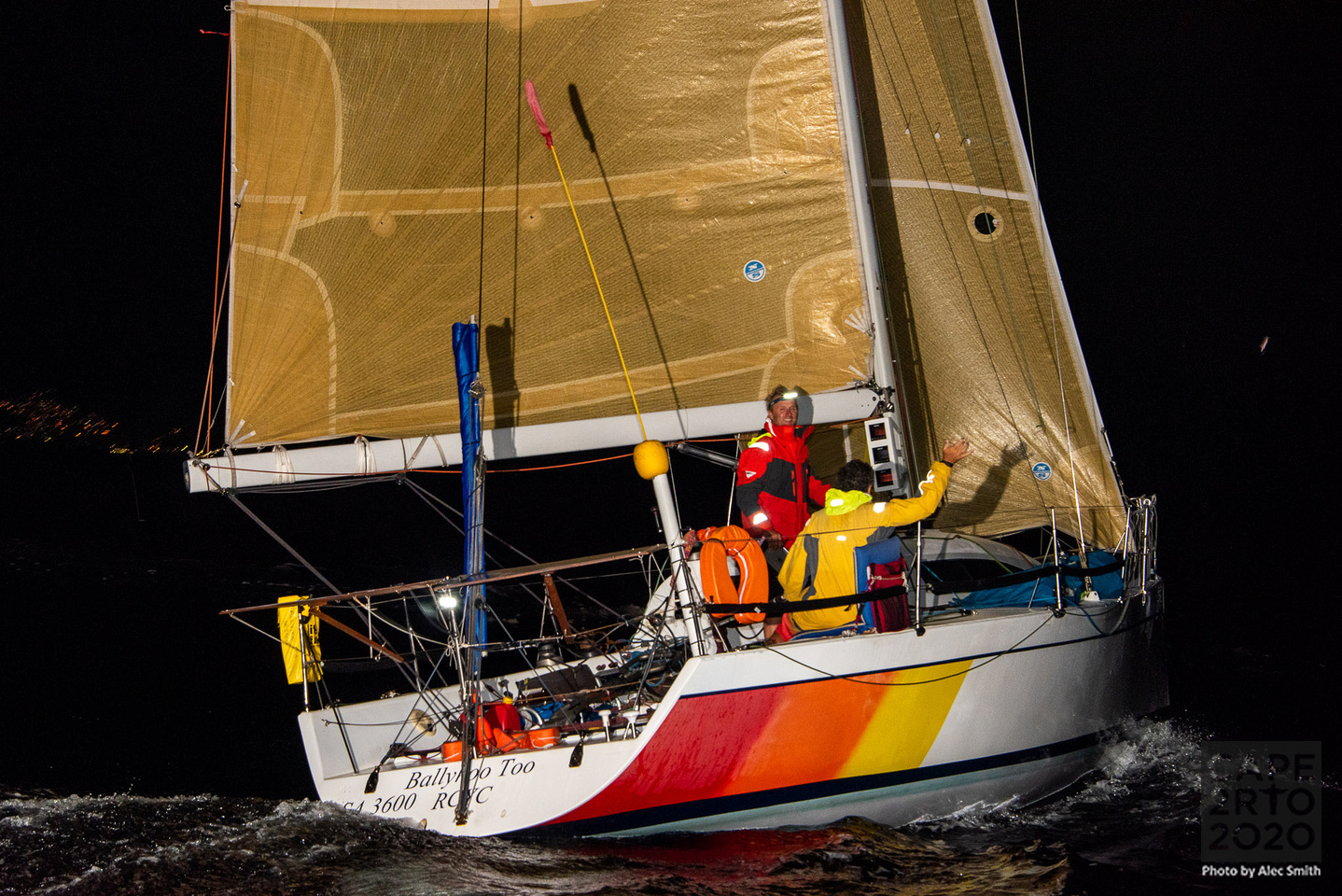 Ballyhoo Too had harnessed the increased wind, picked up substantial speed and was racing towards the finish line.

The Tracker showed their impressive progress as the race committee readied to meet the double handers at the now familiar finish line between Ilha Do Pai and Ilha de Mae, just off Guanabara Bay. It was a very dark night, illuminated only by the frequent lightening that flashed around them.

Because as is often his way, Neptune was not going to let things go too smoothly.

A few hours earlier the area around the Iate Clube do Rio de Janeiro had been badly hit by a violent storm that brought pelting rain, leaving the streets flooded and numerous owners dashing to reinforce their boats that were taking a beating in the harbour.

The storm then moved out to sea, where co-skippers Rijk Kuttel and Stof Garratt on Ballyhoo Too, were nearing the end of their transatlantic journey.

Fighting the elements to the very end was not what the experienced duo had envisaged, but in a race where nature calls the shots, this was just another unexpected twist to mark their passage. Undeterred, they soldiered on and were soon in the clear and on to the home stretch.

It had definitely been an adventure, with Rijk breaking a rib just a few days into the race. Recovering from a broken back after a surfing accident a year ago, this left him with terrible nerve spasms for the duration. Stof was nursing an injured his knee and staph infection, which was aggravated by the damp and demanding weather.

Yet they were here, arrived in Rio, full of smiles and elated by their positioning.

Ballyhoo Too, their Bruce Farr designed Mumm 36 built in 1994, was on her maiden ocean crossing. Old friends Rijk and Stof were on their fourth Cape2Rio, their third one sailing together. Although this time as double handers on a boat that wasn’t built to ease the task – and that they admit is rather uncomfortable.

Both men had the warm support of long standing friends from within the Cape Town sailing fraternity cheering them on. Stof’s wife was at home with a 6 and 4 year old son, as well as a 3 month old baby, and he was filled with emotion when talking about how much was sacrificed in order for him to do the race with Rijk.

Both sailors admitted that as much as they were pushing for the best result, they did not take any unnecessary risks in the process, as getting home in one piece remained their ultimate priority. Their friend Oli Dawson had sponsored an ice-cold bottle of bubbles, carefully hand delivered to be presented to them by Dave Hudson, Jury Chair, after they’d finished.

Their overall final position was second place, a much deserved achievement for these two ocean lovers who have embraced the Cape2Rio race as though it were a part of their life’s calling. 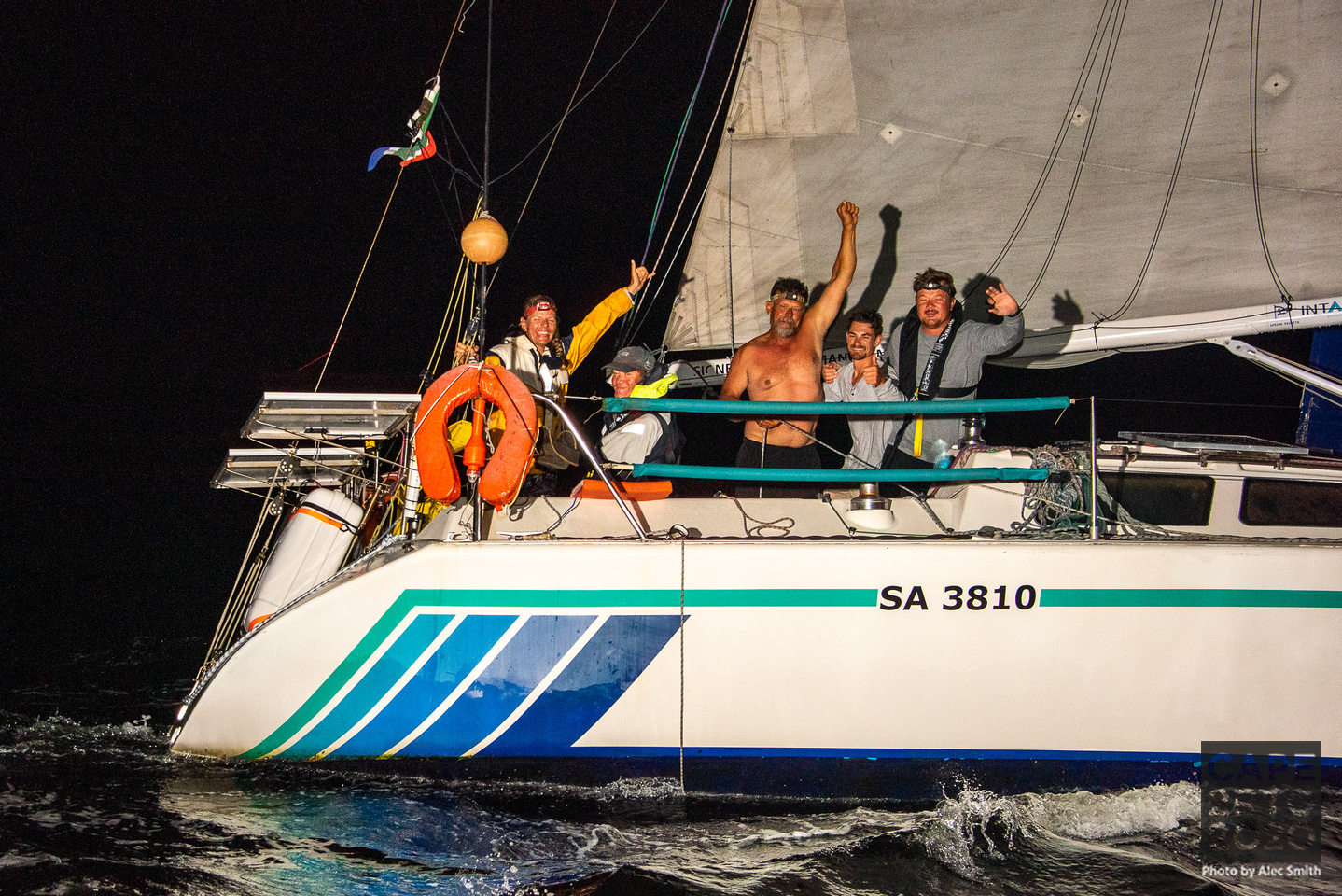 According to Tam Tam’s Skipper Jasper van der Westhuizen, ‘one arm is a necessity, two is a luxury’.

The spirited survivor lost an arm in his battle with cancer in 2004, yet it wasn’t to slow him down. Buying Tam Tam with an eye to joining offshore events, he had successfully completed in the Cape2Rio in 2011, while team member Jose da Silva’s father had sailed in the first ever Cape2Rio in 1971. This trip paid homage to his journey.

Also on the crew is Jana Loubser who grew up in the Karoo some 400km from the nearest ocean, yet had wanted to do the race since she’d first heard about it at 7 years old.

The fourth crew member Ryan Den Drijver had clocked up freshwater miles on the Vaal dam, before challenging himself with the crossing. He arrived glowing with elation and sun-tanned, full of stories to share – a man who had matched his dream.

Maans van Niekerk anchored the crew with a rock-solid attitude and ability to smile and do, no matter what. This man is clocking up ocean miles and experience that we suspect may lead to his very own campaign in the years to come.

As race Chair Luke Scott noted in his report, ‘Tam Tam carried an indomitable spirit of resilience. Each crew member embodies the kind of person you could go to war with. They sailed for good, and they rocked it!’

On their arrival at 02:40 local time, they had been met 6 miles out by surprise visit from a group of wives, friends and family who’d wanted to be at the finish line for them. Passing the wait, singing Afrikaans hits – or ‘treffers’ – at the top of their lungs, reminding of home.

At the prize giving, besides the pretty good samba rendition that the crew delivered, they also sang ‘Rio by Maywood’, which had been their theme song throughout the crossing.

Tam Tam’s crew sailed for cancer awareness and for all those affected by cancer. 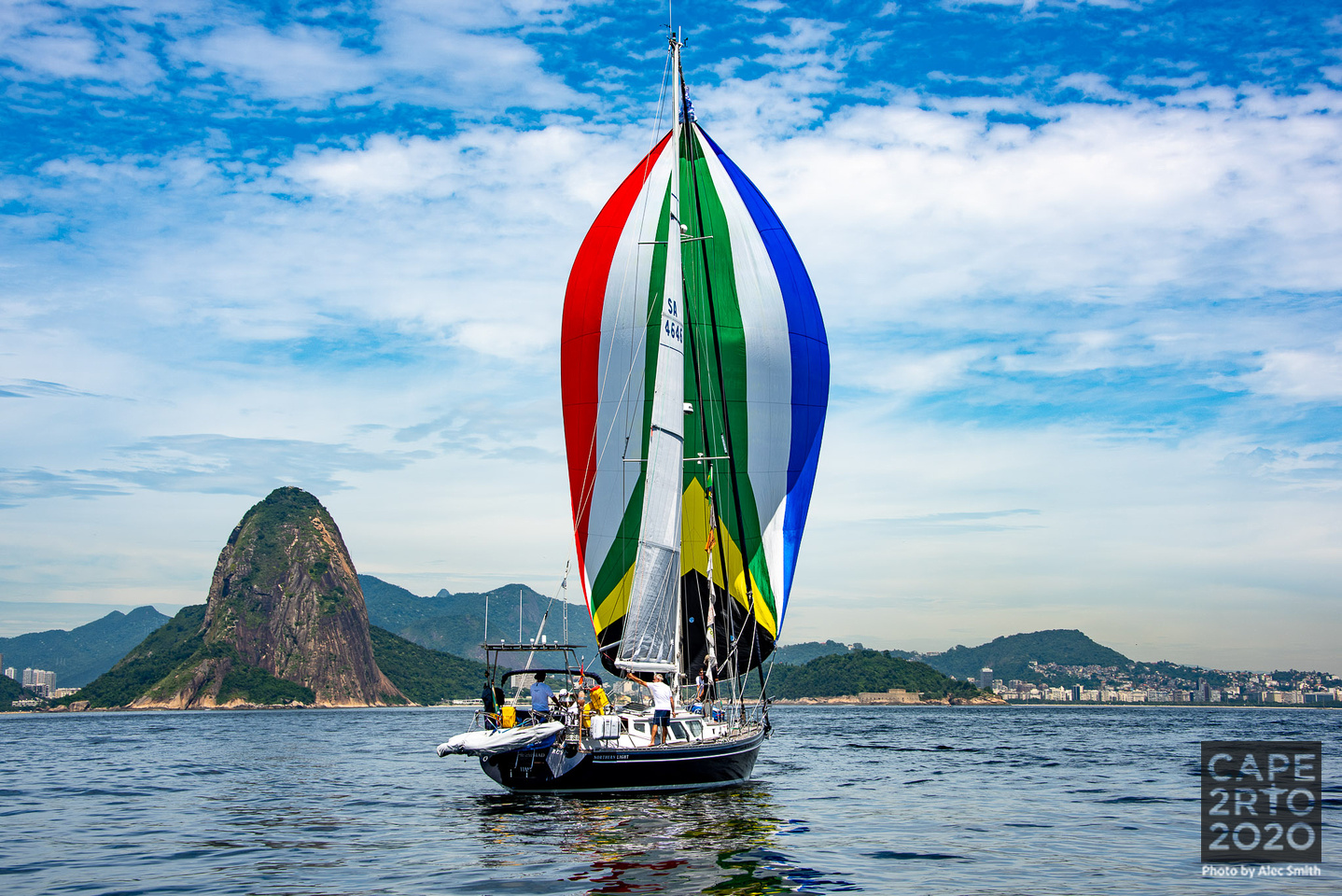 Team Northern Light went beyond the call of duty for the race, embracing their eco-conscious ways with their decision to take ‘plastic free’ to a whole new level. They sourced all food ethically and largely from origin in their own reusable containers, and it all worked exceptionally well for them.

Likely one of the most impressive communicators, Northern Light kept an insightful and soul searching blog during throughout. Introspective, brave and emotionally written, the seafarers addressed the mainlanders daily, keeping them up to date every step of the way.

The crew were owner and skipper Piet Kroon, his wife Magdaleen, Louis van Schalkwayk and Linda Birch, Fred and Carin Stokell. For some unknown reason, about 1,5 hours from the finish, after losing wind and just wanting ‘to be there’, they switched on the engines, disqualifying themselves from the race. That’s just the way it is.

Talking about challenges, they said ‘If it doesn’t challenge you, is a challenge a challenge? While Magdaleen commented, ‘It’s surreal to have crossed an ocean, to be on another continent. Not a single person I’ve talked to was unchallenged by this journey.’

The crew ate well, with their own herb garden flourishing over the weeks – except for the rocket which they admit to over-harvesting early on. Fresh delicious bread was baked every second day and there was biltong and plenty of good wine.

Next for the crew of Northern Light? Besides the grape harvest that Magdaleen is heading home to competently craft into wine, only time will tell. Piet said that they certainly have a few more ocean crossing in them, but whether or not they will form part of a race, is yet to be seen.

Well done to Northern Light for their unwavering commitment to the environment, something that for this crew extends way beyond the finishing line.